How an underpowered tablet became my most loved piece of tech

reply
I feel the same about my secondhand Tab S8. Thanks @drfuzz!

Arlo announced the impending arrival of its long-awaited home security system at CES 2022 this week, and the product even got a nod as a 2022 CES Innovation Award honoree. The company, known for its top-quality smart security cameras, also announced its support for Matter, a possible indication that a Matter specification for security cameras isn’t too far away.

The DIY security monitoring solution is a natural expansion for the company that has a full suite of home security cameras. So natural that it actually announced one at CES 2019.

While that product never saw the light of day, the latest Arlo Security System is a complete redesign. The signature feature are the new, all-in-one multi-sensors with eight different functions, plus...

YouTube will bring picture-in-picture to iPhones and iPads by Mitchell Clark
Friday June 18th, 2021 at 4:09 PM

The YouTube app on iOS will be getting picture-in-picture support, allowing all users to watch videos while doing other things on their iPhones and iPads. A YouTube spokesperson told The Verge that the feature is currently rolling out to Premium subscribers, and that a launch for all iOS users (including the free ones) in the US is in the works.

Apple added support for picture-in-picture video for iPads with iOS 9, and brought it to iPhones with iOS 14. Since then, YouTube’s support for the feature on iPhones and iPads has been spotty — it works for iPad if you’re using Safari (though some have reported it doesn’t work for non-Premium subscribers); iPhone users have only been able to access the feature periodically.

The Cast Has Been Set for Neil Gaiman's THE SANDMAN Netflix Series by Joey Paur
Thursday January 28th, 2021 at 1:23 PM

The series is described as “a rich blend of modern myth and dark fantasy in which contemporary fiction, historical drama and legend are seamlessly interwoven.” The story follows “the people and places affected by Morpheus, the Dream King, as he tries to fix all the cosmic and human mistakes he’s made during his vast existence.”

Here’s who the actors will be playing:

Neil Gaiman said in a statement:

“For the last thirty-three years, the Sandman characters have breathed and walked around and talked in my head. I’m unbelievably happy that now, finally, they get to step out of my head and into reality. I can’t wait until the people out there get to see what we’ve been seeing as Dream and the rest of them take flesh, and the flesh belongs to some of the finest actors out there.

“This is astonishing, and I’m so grateful to the actors and to all of The Sandman collaborators — Netflix, Warner Bros., DC, to Allan Heinberg and David Goyer, and the legions of crafters and geniuses on the show — for making the wildest of all my dreams into reality.”

The first season of the series is expected to adapt the first arc of the Vertigo comics series, "Preludes and Nocturnes," which finds Morpheus captured by a black magician and held prisoner for the better part of a century. When he finally escapes, he sets about recovering three very important items.

In a previous interview, Gaiman confirmed that the storyline for the show will be set in 2021, and there will be some changes from the source material. He explained:

“We’re working with Netflix, we were meant to start shooting at the end of May. Given this COVID world, everything is on pause. The Netflix version is going to begin in 2021, so Morpheus will have been kept prisoner in the Netflix version for 105 years rather than 70 years. We’ll take that one, see what that does. It’s already in the scripts, it does interesting things because… if we were creating this character now, what gender would the character be?”

I’m excited to see how this series turns out! 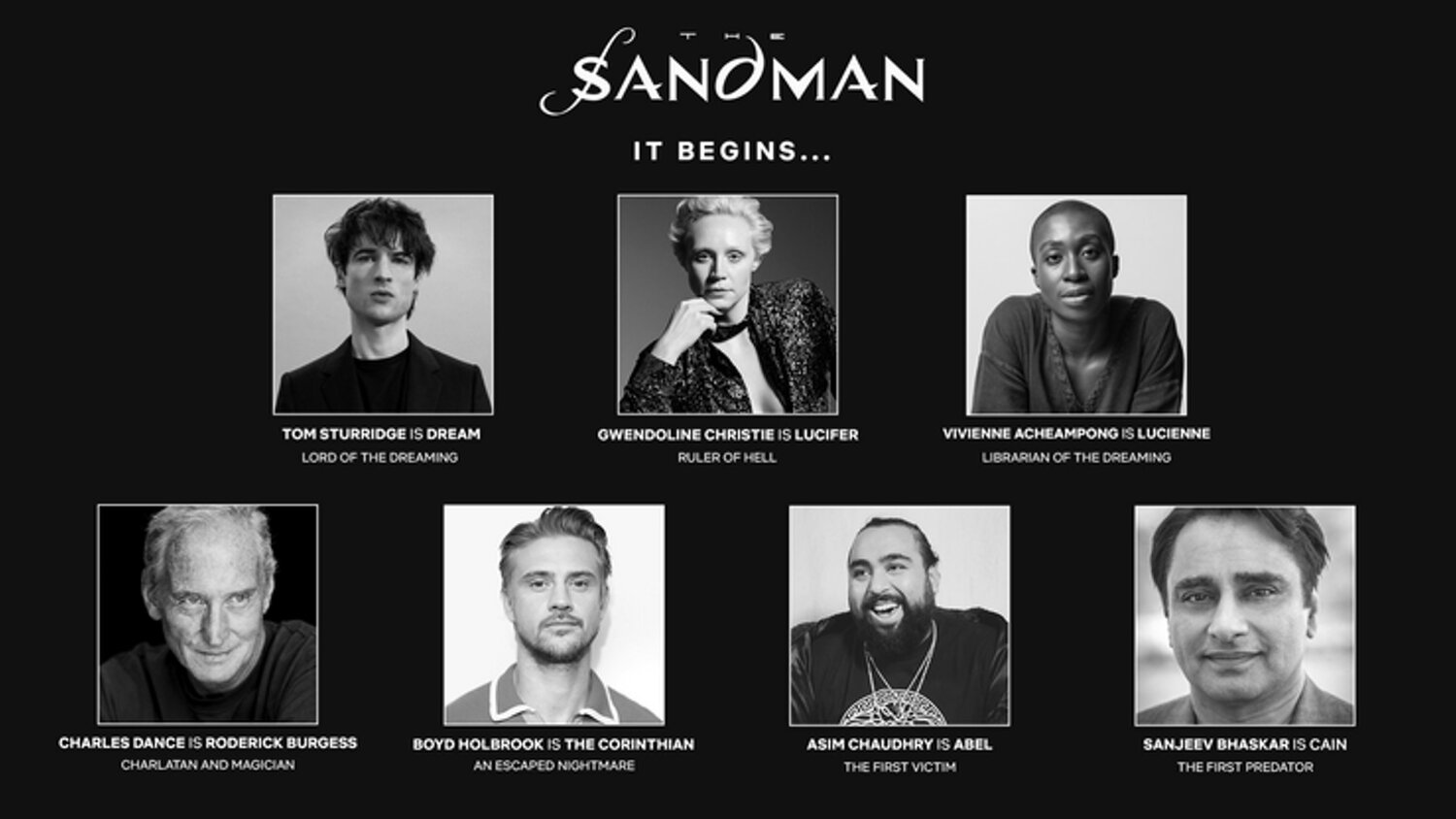 reply
oh man, this is all great casting

Earlier this month, Disney Lucasfilm Press kicked off a new era of Star Wars: The High Republic. This is an era several centuries before the events of the movies and is previously unexplored in the current canon. The first book is Light of the Jedi by Charles Soule, and DLP was kind enough to send me a copy to review. I have to say that I freaking loved this book. I’ll do my best to avoid spoilers for everyone.

This book is absolutely incredible. Soule does such an amazing job of painting a picture of the galaxy during the High Republic. The characters are unique, and it was very easy to fall in love with each of them for how different they were. Also, Soule does something that more people need to do, make main characters be other species than human! Yes, there are some humans, and I love them, but it’s so refreshing to hear about Duros, Sullustan, Wookie, and Twi’lek Jedi to name a few. It’s something that I enjoyed about Justina Ireland’s A Test of Courage. Now, if only the movies could follow suit and have a main character be non-human.

Something else that I appreciate about Light of the Jedi that might be more of a problem with the books I normally read, his main focus is the story and not the characters. That doesn’t mean that the characters aren’t well-written or fleshed out. In fact, he does an amazing job of building those characters. However, he doesn’t have one to three characters that we’re following around. The book is written in a way where it feels like we simply follow the story and see the characters as they interact with the story. This is in contrast to most books that have a main protagonist that almost every moment of every chapter follows and then you’re told what else was happening via another character expositing the information to our main hero. It felt more like how a TV show might handle a stor,y and I really liked it.

Soule did a great job at building the world and the characters, and he also did a great job of starting the High Republic. Towards the end of the book I was really curious as to how it would tie into the larger picture because it looked more closed-ended, but sure enough, he was able to circumvent my expectations and leave it more open while also creating a pretty clear path for where the story is headed.

Light of the Jedi has quickly become one of my favorite works in Star Wars in the last few years. I had become greatly disenchanted by the Jedi. They seemed boring. This book really rekindled a flame for me though. It helped me see Jedi differently, and that’s because Jedi were different. Soule explained how the Force works differently for each Jedi and really brought the Force alive as opposed to it feeling like a mere tool. For example, Avar Kriss sees the Force as music, while one of my favorite characters, Elzar Mann, sees it more like an ocean. In all honesty, I read a few chapters and immediately went, “Wow, the Jedi in the prequels suck.” Don’t get me wrong, Obi-Wan Kenobi is still my favorite character. However, after seeing what the Jedi could do in the High Republic, the Jedi from the prequels just pale in comparison.

I also like how Soule highlighted the ways that Jedi approach things differently. There are some that are more like how we think of Jedi in terms of being more rigid about the Force, but then there’s Elzar who is constantly wanting to tinker with the Force or a non-Force user thinking of a way to use the Force to help a situation.

Light of the Jedi is absolutely incredible. I cannot recommend this title enough to fans of Star Wars. It quickly became one of my favorite titles, and I cannot wait to continue reading about the High Republic. 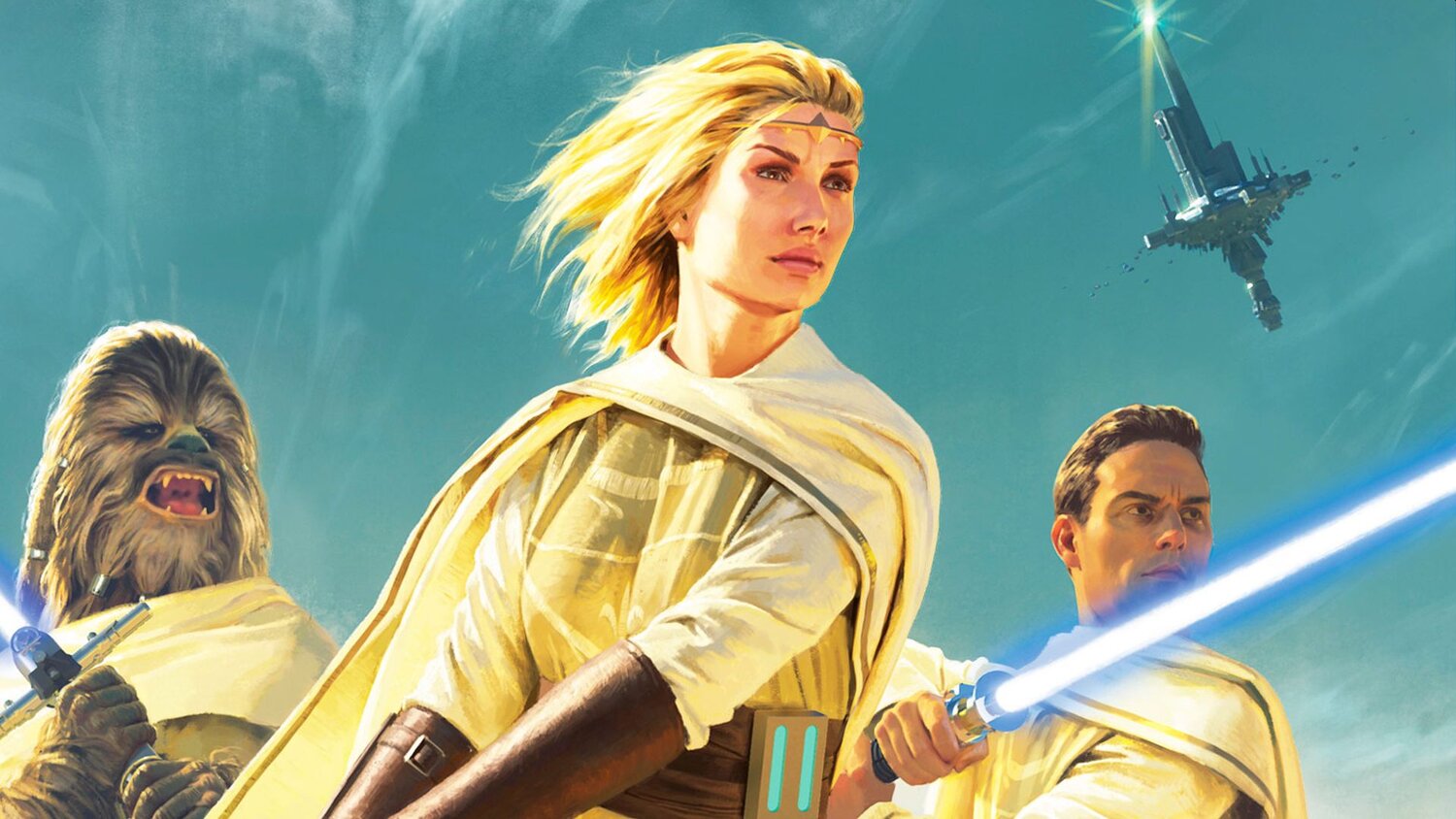 reply
Glad to see this is getting good reviews

It's unavoidably clear that staving off the worst extremes of climate change will require a wide-scale electrification of our vehicle fleet. There's a hitch, though—it's not cheap. We have the technology to make electric vehicles, and it's getting better all the time. But as of right now, the bill of materials for an electric car is still higher than for an equivalent vehicle with an internal combustion engine, even with impressive reductions in the cost of lithium-ion batteries.

The problem doesn't just affect passenger cars. It's more expensive to buy an electric garbage truck or school bus than one with a diesel engine, although after four to five years of operation, it balances out thanks to the cost of fuel. It's even true for motorcycles; Harley Davidson's new electric LiveWire costs an eye-watering $30,000—only slightly less than a Nissan Leaf. All of which makes the price of the Sondors Metacycle so notable. When it goes into production later this year, you should be able to pick one up for just $5,000.

Until now, Sondors was a brand people associated with electric bicycles. It's the brainchild of company founder Storm Sondors, who decided the time was right to expand the company's range with a highly affordable electric motorbike that's meant not for enthusiasts but for everyday transport. And the key wasn't perfecting a new type of motor or battery. "Oh, the hard part was done by people who are 1000 times smarter than any one of us," Sondors told me by phone.

"The biggest challenge that we faced was actually not the battery, not the motor, not the controller—it was how you make a sturdy, affordable electric motorcycle frame. Once we figured out that component, the rest of it just came together pretty easy," Sondors said.

For most of the industry, making a motorbike frame involves welding pipes together. "Right now, every motorcycle you look at—whether it's Aprila or Ducati or whoever—it's all pipe, pipe, pipe. And the more pipe, the more welding, the more potential failures," Sondors told Ars. Instead, his company will use a cast aluminum frame, which is much cheaper and faster to produce.

The Metacycle is propelled by a single permanent magnet electric hub motor—no chains or belts here—with a nominal output of 10.7hp (8kW) and a peak output of 19hp (14.5kW). That might not sound like a huge amount, but the Metacycle only weighs 200lbs (91kg), and that's still sufficient to reach 85mph (137km/h). Bench racers will be happier with the torque output—a nominal 80lb-ft (108Nm) with a peak of 130lb-ft (Nm). The motor is fed by a 4kWh lithium-ion pack that should give a range of about 80 miles (129km) according to the company.

Since we're talking about a $5,000 motorcycle, don't expect too many bells and whistles. There's no DC fast charging option, although with just 4kWh to recharge, there really wouldn't be much point. The Metacycle doesn't even appear to be connected to the internet, although there is a spot for your phone with an induction charging pad and a clear cover so you can use your own device for navigation.

Sondors says that deliveries of the Metacycle should begin in Q4 2021.

reply
this is pretty compelling